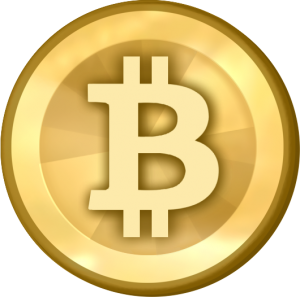 We believe that a new economic framework requires a new form of digital currency (aka the good dollar). The bitcoin protocol is perfect as the underlying technology just as HTTP is the foundation of the web.

Below is the initial spec to build the new framework on top of the Bitcoin network, thus creating an economy of bitcoin 2.x, multiple currencies easily created by any community and deriving its value from the community and protected and secured by all communities.

Bitcoin P2P infrastructure for clearing payments has been established as secure, reliable and free way to transfer value between accounts. While the Bitcoin network (protocol) itself is secure and stable, service providers for the Bitcoin Eco-system has been down multiple times, causing damage to Bitcoin reputation and exchange value.
The correlation between the underling technology and the value of the currency is causing people to assume that the technology is not trustworthy and that the value is too volatile.

The genesis transaction has a certain amount of bitcoin that was transferd in it. this BTC amount will be used to create all the value in the currency.
The currency ancestor is the address the amount was transferred to and will control the initial distribution of the currency

Thin “currency clients” are then created with a special method for calculating balance.

the distribution of this “currency client” than creates a community around a specific Genesis transaction.  this creates a separation of those “Colored bitcoins” from all other bitcoin and there for the mini-eco-system can have a floating value on top of the bitcoin network utilizing its infrastructure

a simple distribution algorithm is for example to create a currency for a group of people you know
and distribute it evenly. Than each one of the people installs the client. than the client sends the owner his address.
Than the owner send him (total genesis amount/number of people)BTC from the genesis transaction.
after all the people got their part the ancestor is left with no coins and the coins are distributed evenly between the clients

in a more real use case the owner won’t know the amount of accounts the currency will have.
In addition the owner will not necessarily know all the people he wants to participate in his economy. in which case he can implement some invitation system in which each new potential client is able to invite more clients to the system.
This can go a long way with social network authentication, social graph crawling, vouching systems, sms verification, unique ips, physical identification and so forth.
This methods could be used to minimize fraud in the initial distribution.

another possibility is that the each invitation will cost the new user a certain about of coins to create incentive to bring people that won’t try to manipulate the eco-system.


*Credit goes to Lior Hakim for writing this spec
Bitcoiners, would appreciate your thoughts and help set it up 🙂